HE Sheikh Khalifa bin Jassim bin Mohammed Al-Thani, a prominent member of the ruling family in the State of Qatar, has held the Chairmanship of Qatar Chamber of Commerce & Industry (QCCI) since May 2006.

Under his chairmanship, QCCI has flourished and developed into one of the most active chambers in the Gulf Region, playing a decisive role in representing, promoting and safeguarding the interests of the business community in Qatar.

HE Sheikh Khalifa also chairs the International Chamber of Commerce Qatar (ICC Qatar). His efforts in promoting the country to foreign businessmen and investors have strengthened Qatar’s trade with countries around the world, providing Qatari companies and businessmen with valuable opportunities. A firm believer in free trade and laissez passer economics, HE Sheikh Khalifa has worked tirelessly to identify new business opportunities, create strategic partnerships and cultivate existing relationships.

HE Sheikh Khalifa was the recipient of the prestigious International Chamber of Commerce’s ‘Merchant of Peace’ award in March 2017, in recognition of the role he played in the creation of ICC and QCCI’s World Trade Agenda Initiative. HE Sheikh Khalifa has participated in G20 summits, in Amiri and Ministerial delegations to foreign countries, and hosted the 8th World Chambers Congress. 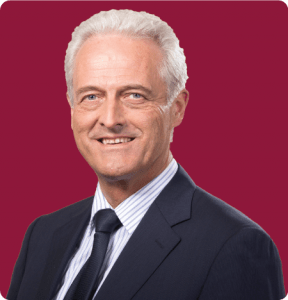 Dr. Peter Ramsauer
Member of the German Bundestag
Chairman of the Committee on Economic Cooperation and Development
Federal Minister ret.

Joined the CSU-Party (Christian Social Union) in 1973. Deputy chairman of the CSU. Member of Traunreut town council from 1978 to 1991. Member of Traunstein district council since 1984.

Chairman of the German Bundestag’s Committee on Economic Affairs and Energy from 2014 to 2018.

Currently:
Chairman of the German Bundestag’s Committee on Economic Cooperation and Development since January 2018.

President of the Arab-German Chamber of Commerce and Industry e.V. (Ghorfa) since June 2014. 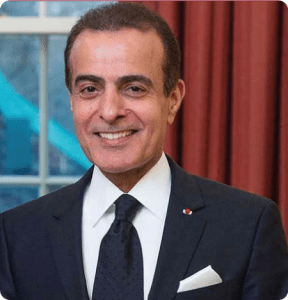 H.E. Mohammad Bin Jaham Al Kuwari.
Ambassador of the State of Qatar to the Federal Republic of Germany

Academic Qualifications:
He obtained a BA in Political Science from Portland State University in the US state of Oregon in 1980, and a Postgraduate Diploma in International Relations from the Complutense University of Madrid in 1990.

Marital Status
He is married and has five children

Trade Relations Between The state of Qatar and Germany

Value in US$ Million