PM opens ‘Made in Qatar’ exhibition 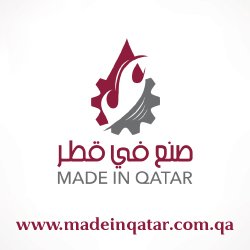 Prime Minister and Minister of Interior HE Sheikh Abdullah bin Nasser bin Khalifa al Thani inaugurated the four-day ‘Made in Qatar 2015′ exhibition at the Doha Exhibition Centre on Tuesday.

Held under the patronage of the Emir His Highness Sheikh Tamim bin Hamad al Thani, the exhibition is organised by Qatar Chamber in partnership with Qatar Tourism Authority.

The prime minister toured pavilions at the exhibition and was briefed about participating Qatari companies and their products. He also toured the booths of small and medium enterprises (SMEs) and productive families.

Sheikh Abdullah said the exhibition focuses on transformation of Qatar as a consuming market to producing market as well as diversification of income in the Qatari market.

The government aims to create partnership, not competition, between the private and public sectors, he added.

Regarding the government’s vision about bank facilities for industrial sector, the prime minister said that the state supports industries provided the productivity matches the cost of production processes.

A ministerial committee for local projects was formed to study the industries that can be established in Qatar.

About the companies act, Sheikh Abdullah said it will help in implementing the principles of good governance and transparency to preserve individuals’ capital and the interests of public companies.

Talking about the visitors’ turnout on the fist day of the exhibition, Qatar Chamber Deputy General Manager Saleh al Sharqi said that the number of visitors was quite impressive and that it would continue to rise in the coming three days.

Sharqi, who is also the head of the exhibition’s organising committee, said many foreign delegations also visited the exhibition on the first day.

The exhibition aims to attract more investments in the industry sector and promote the locally-made products to ease dependence on imported items, he said.

“It would be also a good opportunity to encourage local companies to do their best to improve and develop their products, which would make Qatari products globally competitive,” Sharqi said. Around 250 Qatari companies are taking part in the exhibition to promote their products in the local market