Qatar Chamber of Commerce & Industry  extends to you its best compliments and wishing you good health and wellness.

On the occasion of the visit of H.E Mr. Stepan Kubiv, First Vice Prime Minister/ Minister of Economic Development and Trade and the accompanying delegation to Qatar .

We are pleased to invite you to attend  the meeting on
Wednesday, 14th  November 2018
12:30 pm
at Qatar Chamber
with H.E Mr. Stepan Kubiv
the First Vice Prime Minister and the accompanying delegation.

The Ukrainian delegation specializing in the following sectors :

This meeting aims to strengthen trade relations between businessmen from the two countries.

Oops! We could not locate your form. 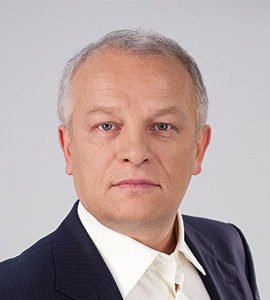 2012 – 2014 – MP of Ukraine, Deputy Chairman of the Verkhovna Rada of Ukraine Finance and Banking Committee

December 2014 – MP of Ukraine, member of the Verkhovna Rada of Ukraine Finance and Banking Activity Committee

The Ecommerce Gateway Pakistan Group, which is Pakistan’s largest trade fair owner’s and organizer’s group, offers free local hospitality for Qatari exhibitors to exhibit in more than 50 trade fairs which will be held in[...]
Mar
10
Wed
2021
9:26 am 14th Sulaymaniyah International ...
14th Sulaymaniyah International ...
Mar 10 @ 9:26 am – Mar 15 @ 10:26 am

In March 2018, following an initiative of Germany, France and Italy, the Council and Parliament of the European Union approved a Regulation on establishing a framework for screening of foreign direct investments (“FDI”) into the[...]
View Calendar
Add