QIMC is Diamond Sponsor for ‘Made in Qatar 2017’

Qatar Chamber revealed that the Qatar Industrial Manufacturing Company  “QIMC” is  sponsoring the  ‘Made in Qatar 2017’ exhibition as a diamond sponsor.

The expo, slated to be held between 14 – 17  December 2017, will be organized by Qatar Chamber in cooperation with the Ministry of Energy and Industry on an area of 20,000 sqm. at  the Doha Exhibition & Convention Center (DECC).

Commenting on the agreement signing, QIMC’s CEO said: “This year edition is of a particular importance as it comes in parallel with exceptional circumstances, affirming that the event plays a key role in displaying and promoting  the locally-produces items.

Al Ansari noted that the expo provides a brilliant opportunity for manufacturers willing to further invest in industrial projects to identify the “absent” or “unavailable” products in the local market. It also enables investors to enter new sectors of industry the local market needs.

He said the strategy of “Made in Qatar” is congruent to  the company’s strategy which places the industrial sector a special priority.

We have 20 factories contribute to finding a greater role for the local products in the national economy, al Ansari added; assuring that the ongoing siege helped further promoting the local products which substituted siege countries’ imports due to its high quality and competitiveness.

QMIC’s support to the expo will be an added value to its outcomes, especially it is being held in unjust siege imposed on the country, he pointed out.

Held under the patronage of the Emir His Highness Sheikh Tamim bin Hamad Al Thani, the four-day exhibition is expected to see participation of over 300 companies and factories from Qatar.

The exhibition aims to attract more investments in the industry sector and promote the locally-made products to ease dependence on imported items. It also encourages local companies to do their best to improve and develop their products, which will make Qatari products globally competitive.

Qatar Industrial Manufacturing Co., was established in 1990 with 20%80% government and private equity

interests respectively.  The establishment of QIMC was in fact a clear manifestation the particular attention given by the State of Qatar t the issue of the private sectors participation in the process of the country’s economic development through investing in small and medium scale industries.

QIMC started business in May 1990 only to become within a short period of time one of the pioneering companies in the field of small and medium scale industries in Qatar. Far from being confirmed to the State of Qatar, QIMC’s activities extended to other GCC counties such as Saudi Arabia, Bahrain and Oman.

Currently, QIMC has equity interest in 18 projects in various industries sector including chemicals, petrochemicals, construction materials and food processing.  QIMC is also currently investing the economic feasibility of a number of other projects in collaboration with other local and foreign interested parties.

QIMC’s investment strategy is essentially driven by the fundamental principle of investing in economically viable industrial projects that utilize locally/regionally available natural resources/intermediate products.  QIMC also views its investment activity in the wider economic development context, and for that reason, it strives to maximize the macroeconomic benefits resulting from its investment activity to the national economy in terms of employment opportunities for the national labor force, transfer of modern technology and contribution to the country’s balance of trade.

QIMC welcome the participation of all investors and technology know-how holders in joint venture in viable small/medium sized projects.

The Ecommerce Gateway Pakistan Group, which is Pakistan’s largest trade fair owner’s and organizer’s group, offers free local hospitality for Qatari exhibitors to exhibit in more than 50 trade fairs which will be held in[...]
Aug
3
Tue
2021
7:55 am 19th International Exhibition of...
19th International Exhibition of...
Aug 3 @ 7:55 am – Aug 6 @ 8:55 am 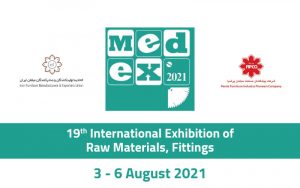 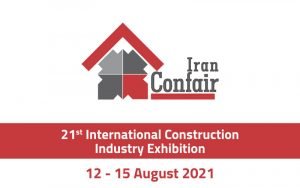 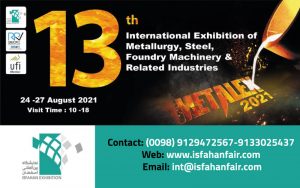 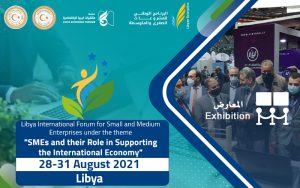