Qatar Chamber’s Chairman Sheikh Khalifa bin Jassim Al Thani has launched the “Qatar Commercial & Industrial Directory 2019”, its application on mobiles and tablets devices as well as its website on the internet.

Sheikh Khalifa launched the printed version of the directory, the website and the application.

During the event, a video was presented about the issue, searching tool, and contents.

The new issue includes lists of commercial and industrial companies operating in the country and registered at the chamber.

Commenting on the launch ceremony, Sheikh Khlaifa stressed the Chamber’s interest to facilitate doing business through strengthening communication between businessmen and companies of various activates, noting that the directory provides updated data about the Chamber’s member companies and their contacts.

Sheikh Khalifa noted that this release represented an important platform for investors and businessmen whether inside or outside the country to explore the local market and identify companies of various economic sectors, affirming that the directory is available in mobile applications and tablet devices for easy access to all data and information about commercial and industrial companies in Qatar.

The Directory is prepared and issued by Hawkama Public relations Company (Hawkama Center) which is a Doha-based well-known center whose activities involve publications, organizing conferences and PR services.

The objective of issuing the directory is streamlining access to companies data and providing an updated and inclusive data base for the private sector.

The publication is available on printed copy, its website and its application on mobiles and tablets for easy access to data and information of companies.

Speaking to media on the sidelines of the ceremony, Qatar Chamber’s Director-General Saleh bin Hamad Al Sharqi said that the Chamber is in the process of issuing Qatari Exporters Directory which includes all exporting companies registered at the Chamber.

He also said that the Chamber has signed a memorandum of understanding (MoU) with ‘Hawkama Center’ to prepare and issue the directory by the end of the year. The exporters’ directory will be in both Arabic and English languages and will be published in the website of Commercial and Industrial Directory, he said, adding that there will be an electronic platform for exporting companies on the Chamber’s website under the title “Qatari Exporters Platform” will be launched with the directory.

Al Sharqi pointed out that the exporters directory is an initiative adopted by the Chamber to support SMEs, affirming that it will be distributed to trade delegations visiting the chamber and embassies and diplomatic missions to Qatar as well as it will be introduced to commercial chambers around the world.

In turn, Chairman of Hawkama Public Relations Company Mansour Al Saadi extended his thanking to the Chamber for its trust on the company to implement the publication, noting that it has been printed according to international standards and specifications.

QC’s Second Vice Chairman and Head of Registration and Membership Committee Rashid bin Hamad Al Athba was the first one to log in the directory application and website.

To browse the directory, kindly scan the following code 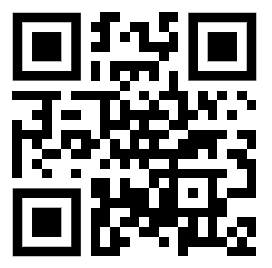