Qatar Chamber officials met today with a business delegation from England’s Birmingham city and discussed the scope of economic cooperation between the two countries.

They also discussed preparations for the Business and Investment Forum to be held in both London and Birmingham at the end of March. Honorary member of Qatar Chamber Ali Abdullatif Al Misned, who chaired the Qatari side during the meeting, described bilateral ties between the private sectors of both countries as distinguished. He noted that trade volume between Qatar and the UK reached 2 billion pounds. Another indication of the strong business ties was the presence of 600 UK companies in Qatar, he added. On Qatar’s investments in the UK, the honorary member said that it has surpassed 30 billion pounds. He added that Qatari businessmen were keen to explore investment opportunities in Birmingham. For his part, head of the English delegation said that the UK is considered one of the biggest trade partners for Qatar. He also expressed his hope for more investments by both sides in 2017. He added that meetings like this help shed light on potential partnerships. He also stressed that the British economy is very stable even after the vote to exit from the European Union and expressed his hope that the upcoming business forum would prove that. 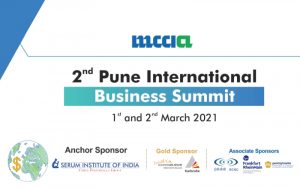