HE Sheikh Khalifa bin Jassim bin Mohammed Al-Thani praised the deep-rooted Qatari-Kuwaiti brotherly relations, adding that the ties between the two brotherly countries are strong, well-established and characterized by ties of blood and closeness and common destiny. These relations were developed over the past years under the wise leadership of the leaders of the two countries, HH the Emir Sheikh Tamim bin Hamad Al-Thani, and HH the Emir of the State of Kuwait Sheikh Sabah Al-Ahmad Al-Jaber Al-Sabah, he said.

He added that the visit of the delegation of Qatari businessmen to the sisterly country of Kuwait comes within the framework of these distinguished relations and the desire of the two parties to take these relations to higher levels of cooperation in a way that reflects on the Qatari and Kuwaiti economies and meets the aspirations of the two brotherly peoples.
Qatar Chamber chairman said that the forum will discuss ways of boosting relations between the two countries’ business sectors, increasing trade exchange between them, exploring investment opportunities available in Qatar and Kuwait, and possible alliances between Qatari and Kuwaiti businessmen as well as establishing joint ventures in Qatar and Kuwait.

HE also pointed out that the State of Qatar views the efforts exerted by HH the Emir of the State of Kuwait Sheikh Sabah Al-Ahmad Al-Jaber Al-Sabah to restore the Gulf’s unity with greater appreciation. Qatar has repeatedly expressed its support for Kuwait’s recent efforts led by HH the Emir to solve the Gulf crisis through dialogue.

His Excellency added that as a Qatari private sector, we appreciate the Kuwaiti private sector’s presence on our side since the beginning of the unjust siege imposed on Qatar on 5 June, and the Kuwaiti companies have supplied the Qatari market with many products and commodities since the beginning of the crisis, which played an important role in stabilizing the local market.

HE stressed that the Qatari-Kuwaiti Forum will open more horizons for cooperation between the two sides, to conclude agreements between Qatari and Kuwaiti companies to promote trade exchange and the establishment of joint ventures.

He said that the investment relations between the two countries’ businessmen have witnessed rapid growth in recent years. The number of Kuwaiti companies fully-owned by Kuwaiti investors in Qatar reached 132 companies by the end of last year (2017) with a total capital of QR 480 million, while the total number of joint Qatari-Kuwaiti companies operating in the State of Qatar is about 261 companies with a total capital of about QR 2.1 billion, bringing the total number of joint Kuwaiti-Qatari companies to about 393 companies with a total capital of about 2.6 billion riyals.
Qatar Chamber chairman added that the total trade between Qatar and Kuwait reached about QR 2.5 billion in 2017 compared to QR 2.3 billion in 2016 with an 8.7 percent growth. Qatar exported to Kuwait QR 1.7 billion of goods during last year, while the value of imports from Kuwait reached about QR 800 million.

HE Sheikh Khalifa bin Jassim bin Mohammed Al-Thani expressed his sincere thanks to the Kuwaiti Chamber of Commerce and Industry, headed by Ali Mohamed al-Ghanim for the warm reception and hospitality. He also thanked the Kuwaiti businessmen who attended the forum, wishing that it would contribute to strengthening the relations of cooperation between businessmen in the two brotherly countries, and building real partnerships that support economic and trade cooperation between the two countries.

For his part, Kuwait Chamber of Commerce and Industry chairman Ali Mohamed al-Ghanim praised the successes and achievements of the Qatari economy.

Speaking at the opening of the forum, he said that the visit of the Qatari business delegation to Kuwait comes in the context of the continuous communication imposed by shared brotherhood, interests and future, adding that the Kuwaiti businessmen do not need to talk about the Qatari economy and its achievements, as they are following with admiration and pride the footsteps of Qatar and its success in laying the foundations of a strong and sophisticated economic structure through the optimum utilization of its strategic location, advanced infrastructure and communications network.

The Kuwait Chamber of Commerce and Industry chairman pointed out that Qatari businessmen are also not less knowledgeable than Kuwaitis about the basic and distinctive features of the Kuwaiti economy with its national human capabilities, advanced trade and infrastructure, institutional structure, a strong and widespread banking sector, advanced financial market, and a fair judicial system.

Al-Ghanim pointed out that the forum is an opportunity to introduce the latest developments and improvement of the business and investment environment in Kuwait, and to explain the main features of the vision of Kuwait 2035 and its main projects.

During the forum, presentations were made by the Qatari and Kuwaiti sides on the investment climate and opportunities.

He added that Ashghal plans to plant 2 million square meters of land, including 1.3 million small trees and 31,000 large trees.

On the Kuwaiti side, the Secretary General of the Supreme Council for Planning & Development (SCPD) Dr Khaled Mahdi gave a presentation on Kuwait’s vision 2035. The Assistant Director General for Business Development at Kuwait Direct Investment Promotion Authority (KDIPA) Mohammed Yousuf Yaqoub made also a presentation on the investment climate in Kuwait. 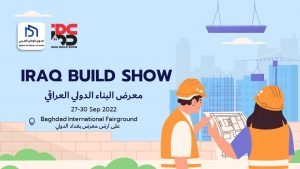 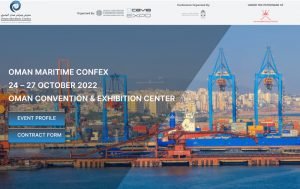 The notion of organizing a unique event emerge to focus on the importance of the sea as a naturally sustainable resource may utilize & explore it in the best way to improve & develop various[...]
View Calendar
Add