The Qatari-Kuwaiti Business Forum was held today at the headquarters of the Kuwait Chamber of Commerce and Industry, in the presence of HE Chairman of the Board of Directors of Qatar Chamber Sheikh Khalifa bin Jassim bin Mohammed Al-Thani, CEO of Qatar Development Bank Abdulaziz bin Nasser Al Khalifa, and HE Vice President of the Kuwaiti Chamber of Commerce and industry Abdulwahab Mohammed Al Wazzan, and a large number of businessmen in the two brotherly countries.

HE Sheikh Chairman of the Board of Directors of Qatar Chamber Sheikh Khalifa bin Jassim bin Mohammed Al-Thani, affirmed, in his speech the depth of the historical fraternal relations between Qatar and Kuwait, pointing out that these relations witnessed continuous development, and achieved great prosperity under the wise leadership of the leaders of the two countries, HH the Amir Sheikh Tamim bin Hamad Al-Thani, and HH Amir of the State of Kuwait Sheikh Sabah Al-Ahmad Al-Jaber Al-Sabah.

His Excellency pointed out that the establishment of “Made in Qatar” exhibition in conjunction with the Qatari-Kuwaiti Business Forum comes within the framework of these distinguished relations, and reflects the desire of the private sector in the two countries to transfer those relations to higher levels of cooperation in a way that reflects positively on the Qatari and Kuwaiti economies and meets the aspirations of the two countries, as this forum aims to enhance relations between the business sectors of the two countries, increase the rates of trade exchange, review available investment opportunities, and work together to establish trade alliances and joint projects in the two brotherly countries.

His Excellency said that the solid fraternal relations between the two countries were reflected in the various fields of cooperation, especially in the economic and commercial aspects, where the volume of trade exchange achieved a great leap in the year 2018, recording QR 4.3 billion compared to QR 2.5 billion in 2017, with a record growth rate of 72%, as it continued, trade exchanges developed in the year 2019, with a value of about QR 3.1 billion at the end of the third quarter of last year, compared to QR 2.8 billion for the same period in 2018, a growth of 11%.

His Excellency also pointed out that the commercial and economic cooperation between the business sectors of the two countries resulted in the presence of about 635 Qatari Kuwaiti joint companies operating in the Qatari market, and Qatar Chamber continues to support all efforts and provide all capabilities to encourage alliances and industrial and commercial partnerships between Qatari businessmen and their Kuwaiti counterparts, to have the desired role in the economic development of the two countries.

For his part, HE Vice President of the Kuwaiti Chamber of Commerce and industry Abdulwahab Mohammed Al Wazzan, said that Kuwaiti businessmen are following with admiration and pride the steps of the State of Qatar and its successes in establishing strong economic bases, advanced infrastructure, wide communication network, effective international relations, and on various activities and levels.

HE Al Wazzan mentioned the vision of “Kuwait Vision 2035” which is based on transforming Kuwait into a commercial and financial center, and “Qatar National Vision 2030” aimed at achieving sustainable development.

His Excellency said that in light of the two visions, the two brotherly countries are cooperating to push the process of Gulf economic integration.

His Excellency also pointed to the growth of trade exchange between the two brotherly countries by 80 percent in the last three years.

His Excellency said, that the great hope is that the navigation line agreed upon by the governments of the two countries between Hamad Port and Shuwaikh will contribute to promoting this growth to reach the level of ambition.

The CEO of Qatar Development Bank Abdulaziz bin Nasser Al Khalifa said that the various economic sectors in the sisterly State of Kuwait are witnessing a qualitative shift and continuous growth, which makes the various components of these sectors in a permanent aspiration to open up to new partnerships and markets, adding that on the other hand, the industrial sectors in Qatar are witnessing great growth, as Qatar made very advanced strides in manufacturing high quality products that have proven competitive locally, in regional and even global markets.

He added that concerning the competitiveness, Qatar ranked 29th in the world and second in the Arab world in the Global Competitiveness Report issued by the World Economic Forum in 2019, as well as fourth in the index of financing small and medium companies, and 12th globally at the level of the entrepreneurial culture index according to the same report that included 141 countries.

He stressed that in 2019, the number of Qatari companies participating in the coordination meetings held with external partners reached 79, an increase of 25% compared to the previous year, as well as the establishment of more than 20 pavilions in international exhibitions.

‘Tasdeer’ played a leading role in concluding contracts worth QR 560 million between Qatari companies and external buyers, as well as making 15 Qatari companies selling their products for the first time to markets outside Qatar during the same year. 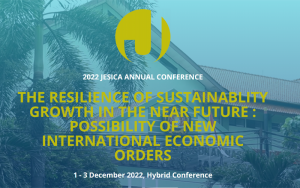 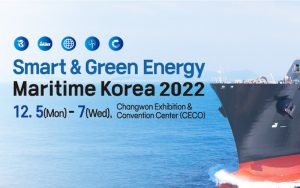