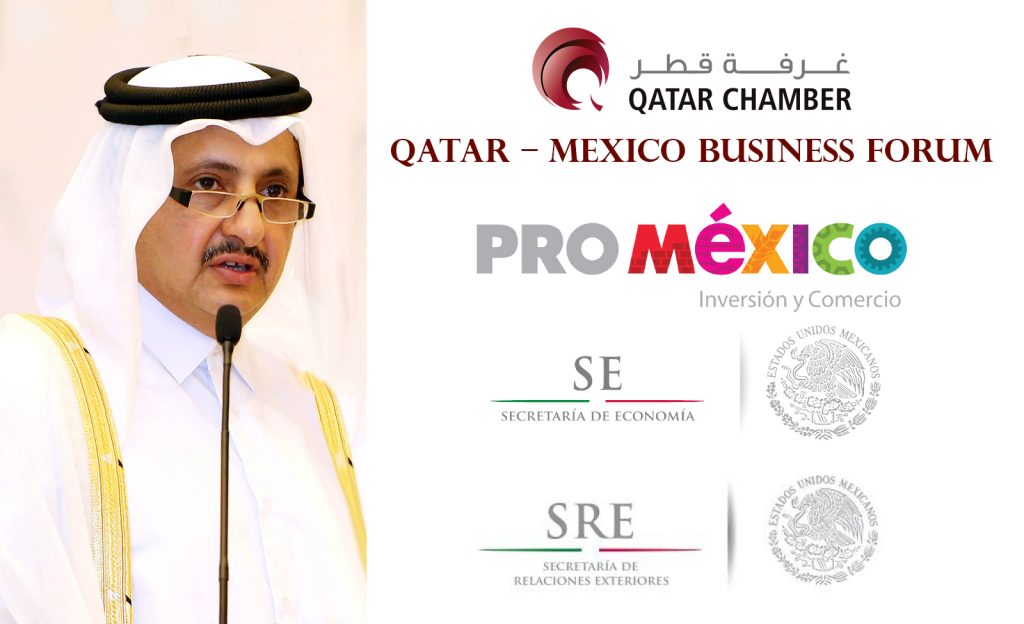 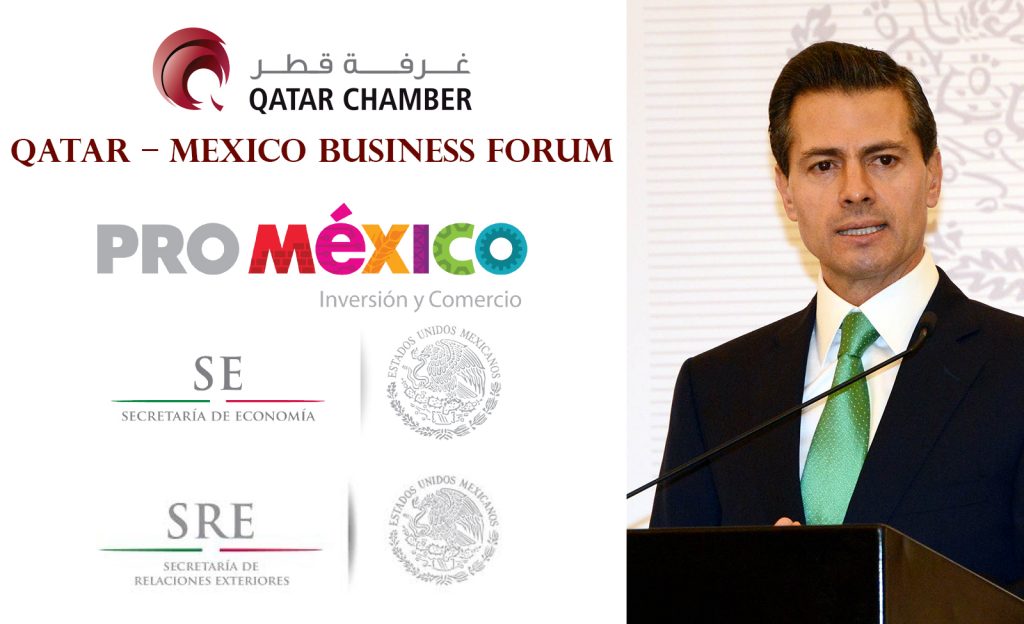 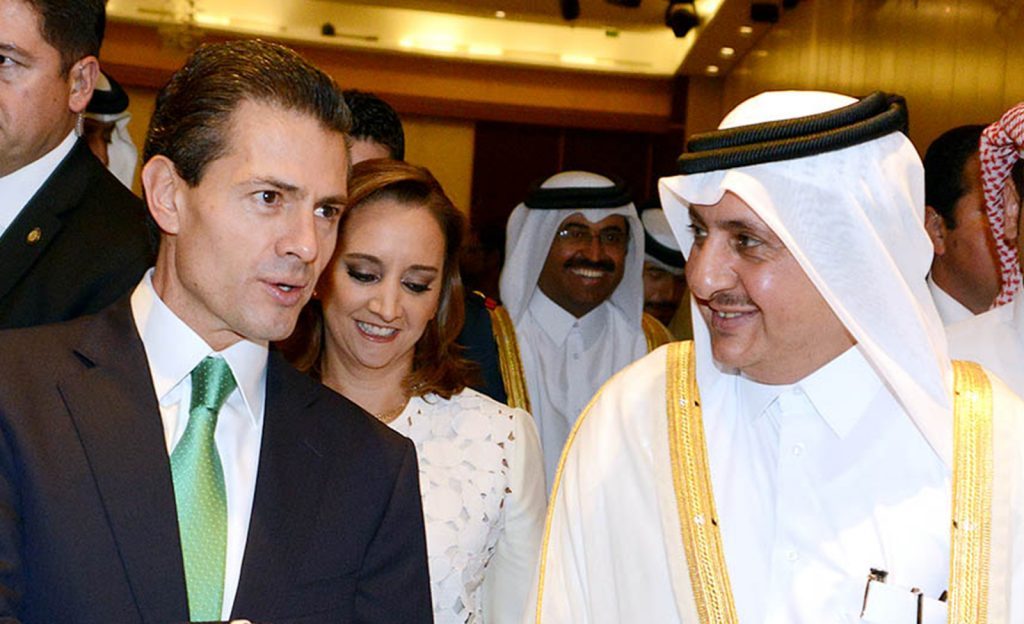 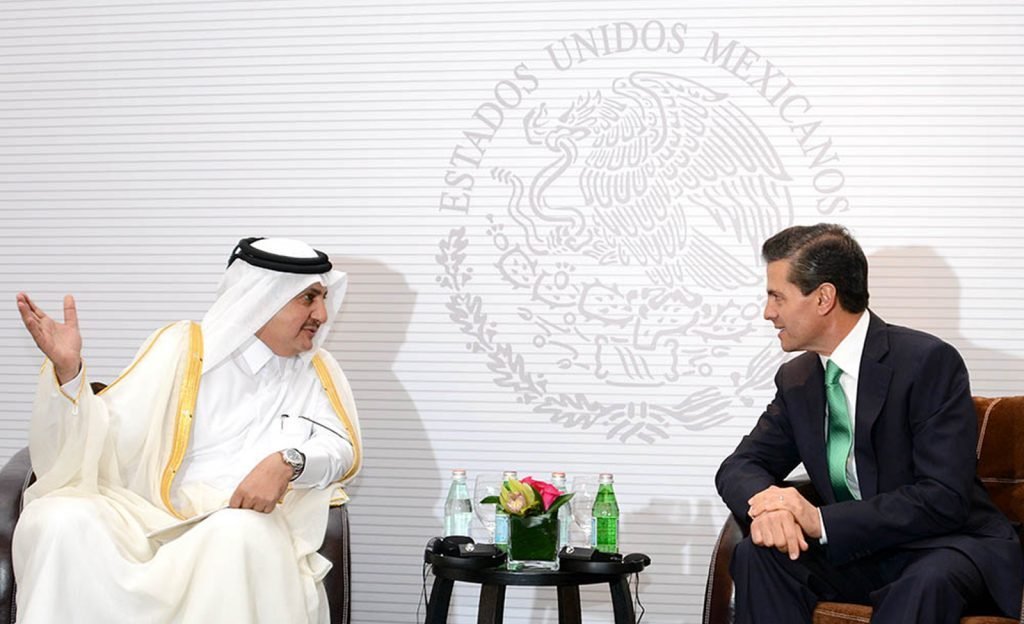 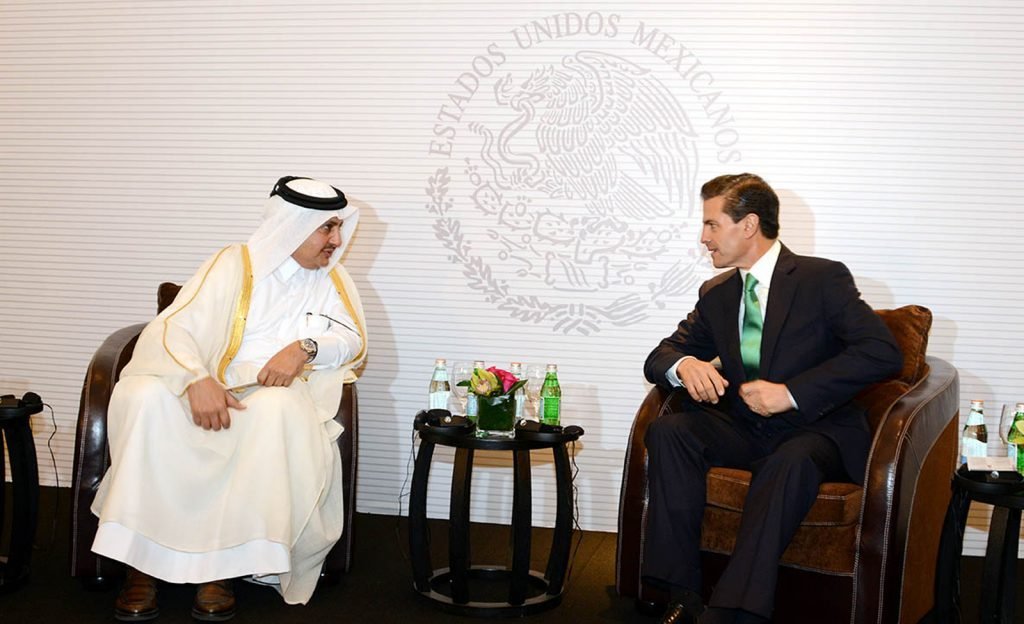 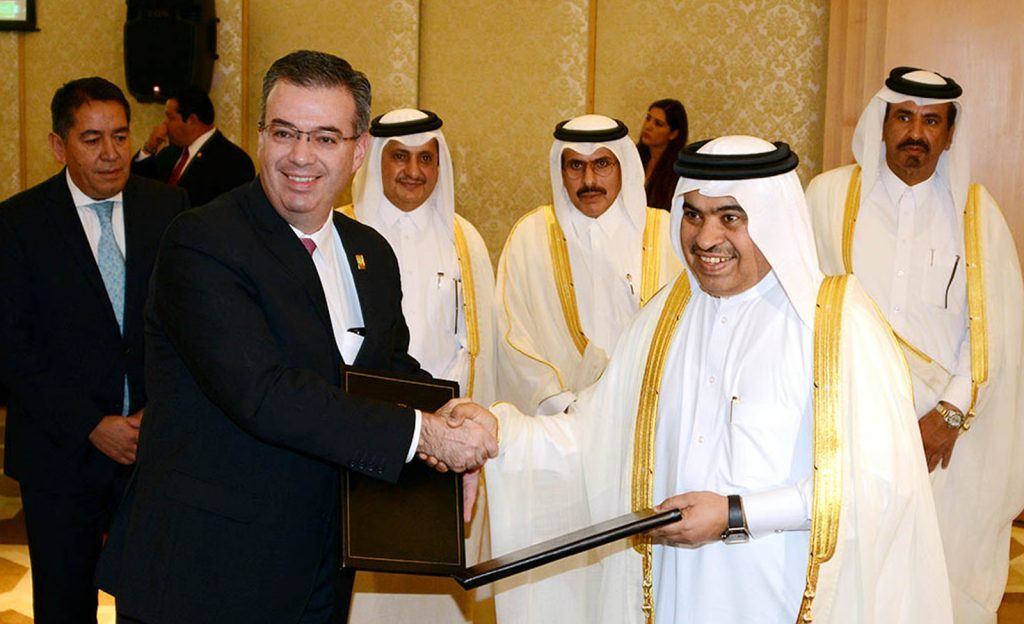 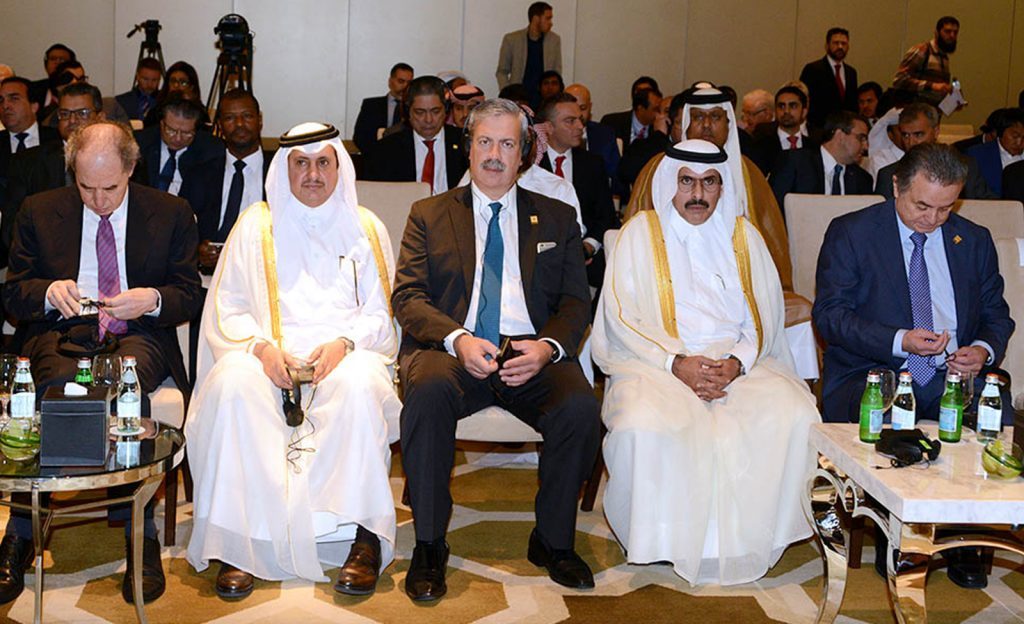 The Qatar – Mexican Business Forum was held here on Thursday in the presence of President of the United Mexican States HE Enrique Pena Nieto, who is currently visiting Qatar.

HE the Minister of Energy and Industry, Dr. Mohammed bin Saleh Al-Sada, took part in the Forum, which was also attended by a number of Qatari and Mexican businessmen.

In his speech before the Forum, the President expressed pleasure to visit the State of Qatar, which represents a culmination of a long-term relations between the two countries over 40 years.

The visit is an opportunity to enhance relations between the two sides within the framework of economic transformation and renaissance taking place in both countries, he said, expressing hope that both Qatar and Mexico continue their economic growth while taking advantage of the existing bilateral relations. He said that the Forum represents also a direct opportunity to learn about the economic opportunities in both countries.

He called on Mexican businessmen to discover investment opportunities in Qatar and enter into the Qatari market as an attractive and promising investment market, especially with regard to infrastructure sector, adding that Qatar is growing in all sectors.

He also pointed out that Mexico seeks to generating 35 percent of total electricity from clean sources by 2025 and has a $ 14 billion investments plan to develop and expand its gas network, adding that the electricity network is also in need of massive investment to develop it in order to increase electricity’s production.

Addressing the forum, Qatar Chamber Chairman HE Sheikh Khalifa bin Jassem Al-Thani expressed hope that the visit of the Mexican president and the accompanying delegation to Qatar would achieve its goals and help in promoting economic and commercial cooperation between business owners in both countries.

He said that Qatar and Mexico enjoy strong ties and share clear understanding in terms of visions between the two leaderships and peoples, which, he added, pushes economic ties forward and achieves more rapprochement, particularly in light of the political and economic stability they share and their move to diversify sources of income and not solely relying on energy.

He added that the two economies are growing, dynamic and open to the external world, noting that they attract investments and encourage creating cooperation ties, partnerships and joint ventures.

Sheikh Khalifa said the presence of the Mexican president at the forum places more responsibility on the shoulders of business owners from both sides to work together to explore investment opportunities and the mechanism of benefiting from capacities and advantages of each side.

He added that there are promising opportunities and clear interest from Qatari business owners to explore areas they can invest in in Mexico, particularly in the fields of agriculture, services and tourism.

He also encouraged Mexican business owners to take part in the current renaissance in Qatar and the enormous infrastructure projects, urging business owners from both sides to work to create effective partnerships and projects whether in Qatar or Mexico so as to benefit the two economies and peoples.

For her part, Ibtihaj Al Ahmadani, Qatari Businesswomen Forum chairperson and Qatar Chamber board member, voiced hope that there will be fruitful cooperation between Qatari businesswomen and their Mexican counterparts, stressing that there are several areas of cooperation and exchange of expertise.

On the sidelines of the forum, three cooperation agreements were signed between Banco de Mexico and each of Qatar National Bank, Commercial Bank and Doha Bank. (END)