Qatar Chamber and China Council for the Promotion of International Trade (CCPIT) signed an agreement to promote cooperation ties between the two sides so as to maximize the benefit for Qatari and Chinese private sectors and create more partnerships.

Addressing the event, Qatar Chamber vice chairman said relations between Qatar and China are excellent in all aspects of cooperation, noting that Qatar pays special attention to the promotion of these relations and strengthening cooperation with China in the commercial and economic fields.

Bin Twar stressed the importance of cooperation between Qatari business owners and their Chinese counterparts, adding that the chamber hosted a number of Chinese delegations over the past two years with the aim of enhancing trade ties and learning about available investment opportunities across the different economic sectors.

He called on Chinese and Qatari firms to benefit from the proximity between leaderships of both countries and the investment atmosphere and stimulating laws so as to grow cooperation between the Qatari and Chinese business societies and enter into partnerships and projects that benefit both economies.

The Qatar Chamber vice chairman said the private sector in both countries will play a bigger role in ties between the two countries, especially with the availability of investment opportunities for Qatari and Chinese business owners, noting that more than 100 Chinese companies operate in Qatar and participate in the current renaissance.

He said that establishing a yuan clearing center in Qatar is a main pillar of enhancing bilateral cooperation, stressing that the “Made in China” exhibition, which was held in Qatar, proved that the Qatari market is significant for China and that bilateral relations are deep and strong. Bin Towar stressed on the importance of joining the “One Belt, One Road” which was an initiative launched by the Chinese president in 2013 and Qatar joined at a later date.

For his part, Vice Chairman of China Council for the Promotion of International Trade Lu Pengqi highlighted the strong ties between Qatar and China, which are reflected in their economic ties. He added that China is an important trading and investment partner to the State of Qatar.
Pengqi highlighted the leap that Qatar made in recent years in its infra-structure. He added that the GCC country used its natural resources to ensure the prosperity of its population and the growth of its economy. He added that the recent development of Qatar has placed on the global economy’s map.

For his part, Chief Executive Officer of Qatar Financial Center (QFC) Youssef Al Jaidah said that the center was keeping a close eye on the progress of the Chinese economy. He added that QFC was keen on attracting Chinese companies to the financial services sector of Qatar. He noted that they have succeeded in attracting two Chinese banks to Qatar so far. He expressed his hope that companies in the insurance and asset management sectors enter the Qatari market in the future as well.

He also highlighted the establishment of the center for renminbi clearing and settlement in Doha, the first of its kind in the region. He said that the center helped increase the number of trade transactions conducted with the Chinese currency. 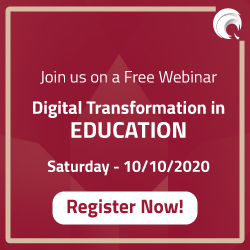 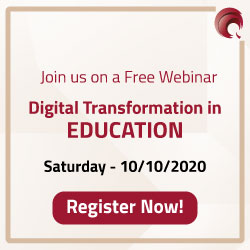