Qatar Chamber has issued its monthly economic newsletter for November 2020 which highlighted the most prominent trends in the Qatari economy, as well as statistics related to foreign trade and trade of private sector in September 2020.

The report, prepared by QCs Researches & Studies Department, highlighted a report about the economic aspects addressed in the speech of His Highness the Amir Sheikh Tamim bin Hamad al-Thani at the Shura Council’s 49th ordinary session.

The report said that HH the Amir’s confirmed in his speech on the the need to accelerate economic diversification through less dependence on oil and gas revenues, noting that this confirmation represented a testimony of the Wise Leadership’s significant interest in achieving the state’s strategy for economic diversification and development of the private sector, as well as maximizing its contribution to the economic process.

The state’s interest has been evident through the promulgation of numerous legislations, decisions, policies, and mechanisms such as the Law No. (12) regulating public-private partnership.

The QC’s newsletter said that according to the figures given by The Planning and Statistics Authority for September 2020, the total the value of foreign merchandise trade statistics amounted to QR 20.4 billion, showing a decrease of 7.2 % compared to August 2020, which amounted to QR 21.1 billion.

Therefore, the country’s trade balance, which represents the difference between total exports and imports, showed a surplus of QR 6.4 billion, recording a decrease of 7.2 % compared to QR 6.9 billion in August.

In September 2020, China was at the top of the countries of destination of Qatar’s foreign trade with about QR 3.6 billion, a share of 17.6 percent of the state’s total foreign trade.

Therefore, the total value of exports of the private sector in the first nine months of this year amounted to QR 11 billion.

The QC’s reports indicated that exports through GSP model certificate of origin have the largest value in September, increasing 128% m-o-m compared to August 2020, followed by exports through the Unified Arab model by 18% and Unified GCC model by 4%.

There were no goods exported through the Unified GCC certificate of origin for exporting to Singapore, while exports through the General Model decreased by 9%.

According to the type of commodities, there are nine main commodities, represented the 98% of the total volume of the private sector exports during September, amounted to 1 billion, recorded an increase of 20% compared to 889 million in August.

In September 2020, India was at the top of the countries of destination of private sector’s exports with close to QR 274 million, a share of 25.2 percent of the total exports. It was followed by Oman with almost QR 193 million and a share of 17.7 percent, Sweden with about QR 120 million, a share of 11 percent.

These seven countries received 74.1 percent of the total value of private sector exports in September.

At the level of blocs and groupings, Asian countries were at the top of economic blocs that received exports of the private sector with a share of 47 % of the total value, amounted to QR 515 million, followed by EU states with a share of 22.2% with exports of QR 270 million.

The group of Other European countries, Other American countries and the USA which received exports of values 0.37%, 0.06% and 0.01% respectively 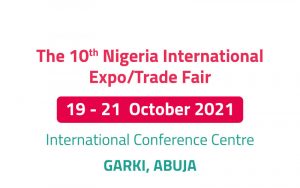 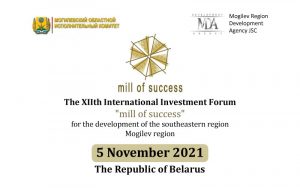 Mogilev region is the largest industrial, agricultural, scientific region of Belarus. The region borders on the Russian Federation and has a number of geopolitical advantage that in addition to the favorable investment climate, stable social environment and a high economic growth rate makes[...]
View Calendar
Add