During the WTA Day:

Sheikh Khalif: We seek to revive “Doha Round Negotiations”

The global rules-based trading system has enabled “unprecedented progress in generating prosperity and alleviating poverty” around the world, yet growing nationalist and protectionist trends are imperiling its future, notes the new European Center for International Policy ( ECIPE) report.

The WTA Day included two panel discussions on protectionism and global priorities for trade directed at both policy makers and businesses alike.

John Danilovich, ICC Secretary General said: “We continue to face the challenge of global growth being too low and benefiting too few. This is the defining economic test of our times—and we urge all governments to take concerted and urgent action to enable inclusive growth. A retreat into protectionism would be the wrong response to this challenge. We need to see a concerted effort in the coming months to launch new WTO talks to restore trade growth for the benefit of all”.

HE Sheikh Khalifa bin Jassim Al Thani, Chairman of   Qatar Chamber and ICC Qatar, said that Qatar Chamber adopted the “World Trade Agenda” initiative in cooperation with the International Chamber of Commerce (ICC) in 2013 to push forward the Doha Round after 12 years of deadlock.

The Doha Round is the latest round of trade negotiations among the WTO membership. Its aim is to achieve major reform of the international trading system through the introduction of lower trade barriers and revised trade rules.

“The Chamber is supported and encouraged by the Government of Qatar to determine many priorities which were submitted during  the Ninth Ministerial Conference of the World Trade Organization held in Bali 2013. This resulted in achieving the WTO Trade Facilitation Agreement which has been created to ensure revenues through trade overseas and provide job opportunities for developing and least-developed countries”, he noted.

The Qatar Chamber launched the World Trade Agenda in partnership with the International Chamber of Commerce (ICC) in 2013 to stimulate the global economy to advance the Doha Round of multilateral trade negotiations that have been pending for 12 years.

HE assured that the Chamber had played an important role through the initiative of “reviving the Doha negotiations” and in  the World Trade Facilitation Agreement signed at the WTO Ministerial Conference held in Bali in 2013.  It positively reflected in the support of  SMEs  among countries and  contributed to prevailing security and stability globally.

He pointed out that London event discussed several issues related to facilitating global trade and  trade priorities within the framework of Qatar initiative.

Sheikh Khalifa  noted the importance of the report launched last week as part of the Doha Agenda initiative, Which will be discussed at the next World Trade Organization (WTO) meeting in Buenos Aires in December.

The “Building for Success” report argues that the World Trade Organisation (WTO) should respond to current challenges with renewed action, “deploying better defences against protectionism and crafting actions that would have a meaningful impact on trade and economic growth”—especially in the area of digital trade policy.

World Trade Agenda is an initiative of Qatar Chamber and ICC launched 2013.

ICC, in partnership with the Qatar Chamber, mobilises business worldwide around an inclusive and multilateral ‘World Trade Agenda’ for economic growth and job creation.

ICC works with the international private sector and governments to set priority areas where WTO members can feasibly achieve results that will have a measurable impact on trade-led growth and development. 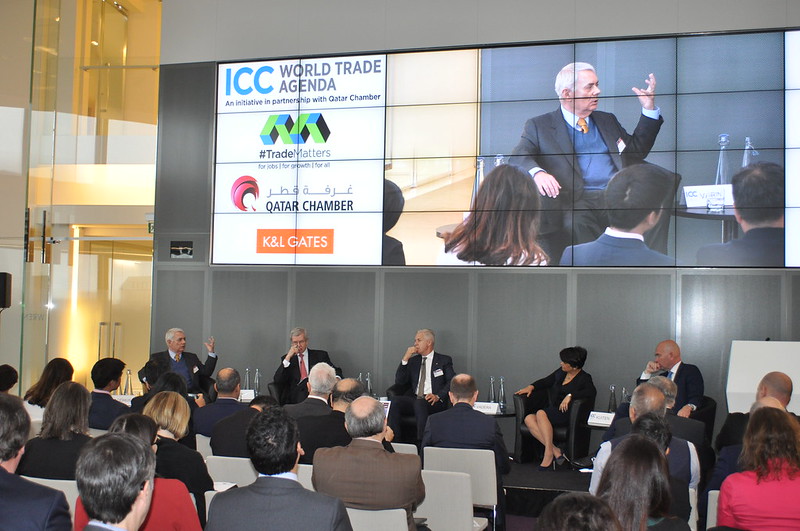 B2B online Platform that offer you the best opportunity to connect with a global audience.