The Prime Minister in his address expressed his gratitude and happiness for the keen interest shown by the Qatari business community for investing in Malaysia. He noted that bilateral cooperation between the two countries is growing fast and steady as a result of several agreements signed between the two friendly countries.

The Prime Minister also highlighted the great potential and investment opportunities for expanding the bilateral cooperation especially in the field of banking & finance, transport, energy, tourism, sports and agriculture.

H E Dr Mahathir Mohamad also noted that like Qatar, Malaysia is also focusing and working to become a knowledge-based society and promoting high value industries in line with the country’s long-term vision.

He said that there is a growing demand for Islamic finance and Halal food industry, even in several non-Islamic countries such as South Korea, Japan and others, as there are a growing number of Muslim tourists visiting these countries.

The Prime Minister of Malaysia reiterated that his government is also promoting some high value industries such as electric and electronics; medical sector, aerospace, automotive, R&D, logistics, digital and animation, in addition to tourism and food processing industries.

The Prime Minister said that Malaysia has made a significant jump last year (15 notches) in terms of the ease of doing business in the country which has been helpful in attracting foreign investors. He noted that Malaysia, the founding member of the ASEAN block, has become one of the most ideal destinations for foreign investors.

During the meeting both sides discussed ways of expanding and deepening the bilateral cooperation in business, trade and investment with special focus in the field of IT, Islamic banking and finance, energy, automotive industry, real estate, tourism, transport, education, agriculture and several other promising sectors.

Sheikh Khalifa (of QC) invited the Prime Minister of Malaysia to be the guest of honour of the “Halal Conference & Expo” to be hosted by Qatar Chamber in November 2020.

Stressing the importance of mutual visits between leaders, officials of both countries and representatives of the private sectors, he said that they have helped in strengthening such relations to the highest levels.

“Last year, the Amir H H Sheikh Tamim bin Hamad Al Thani paid a successful visit to Malaysia which gave further impetus to such distinguished relations. Similarly, I’m fully certain that the current visit of your Excellency to Qatar will add more significance to the relationship between both countries,” he noted.

Sheikh Khalifa also said that both countries’ giant potential might play a key role in stimulating more cooperation and increasing their bilateral trade exchange which amounted to $ 291mn in the first half of this year.

Regarding the mutual investments, he pointed out that there are more than 50 Malaysian companies working in Qatar, out of which 5 companies with full Malaysian capital and the rest with Qatari partners, adding that these companies are active in various economic sectors such as engineering, construction, oil and gas and IT.

Praising the resilience of national economy, he said that Qatar managed to build one of the fastest growing economies in the world thanks to its sound economic policies and legislation that contributed to attracting more local and international investments.

“In addition, it has established an advanced infrastructure, state-of-the-art economic zones and offered a multitude of incentives that stimulate investments,” he added.

QC Chairman called on Malaysian companies to benefit from these incentives and increase their investments in Qatar and invited Qatari companies to explore the opportunities available in Malaysia to build economic and commercial alliances and partnerships.

He also stressed the Chamber’s support for both sides to take advantage of the enormous potential available in both sides to cooperate in joint investments that help in developing both countries’ trade volume.

On his part, Sheikh Faisal (QBA Chairman) said that Qatar and Malaysia have a growing relationship of friendship and cooperation, this relation goes back to the mid-seventies of the last century, and it served as the base that formed highly productive bilateral relations that developed significantly in recent times, as Malaysia is an important investment destination for the State of Qatar.

Sheikh Faisal also noted that like Malaysia Qatar is also witnessing a great economic openness supported by attractive investment incentives provided by the state to the foreign investor; such as the new investment law that allows 100 percent ownership in most economic sectors, in addition to other logistical support such as the single window, free zones, Hamad International Airport, and Hamad Port. Therefore, Qatar welcome all Malaysian investors to take advantage of the promising investment opportunities provided by the Qatari economy and work together to achieve mutual economic interests.

“We consider Malaysia an important investment and trade partner, and we look forward to more cooperation and effective partnerships in light of the economic and commercial capabilities both countries have. Therefore, we hope this meeting achieve its goals in enhancing economic cooperation between our two countries.” 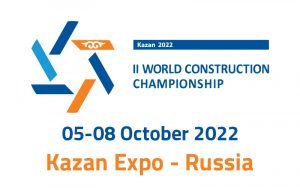