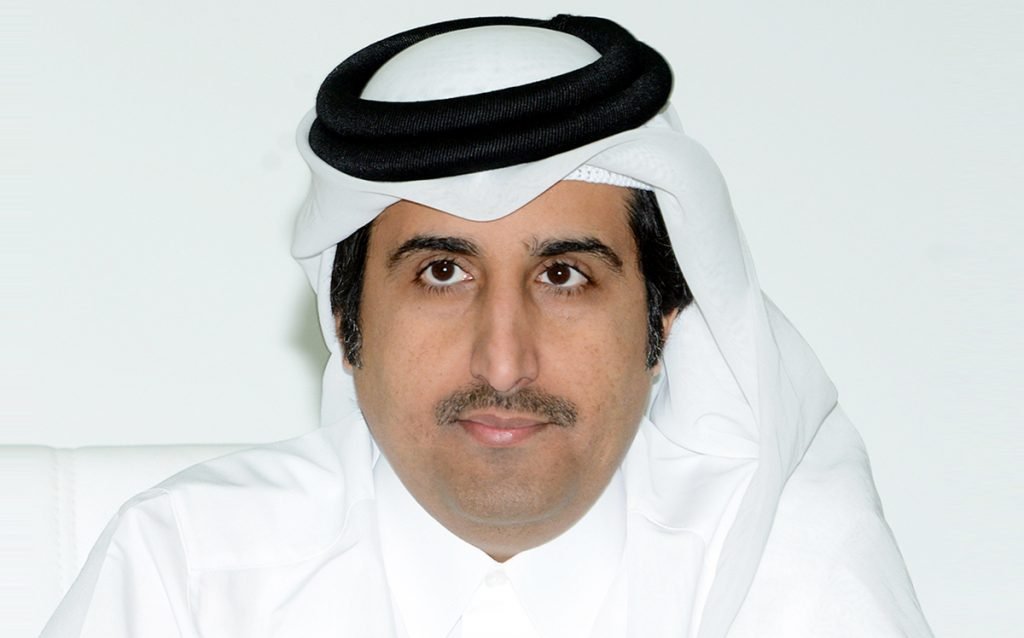 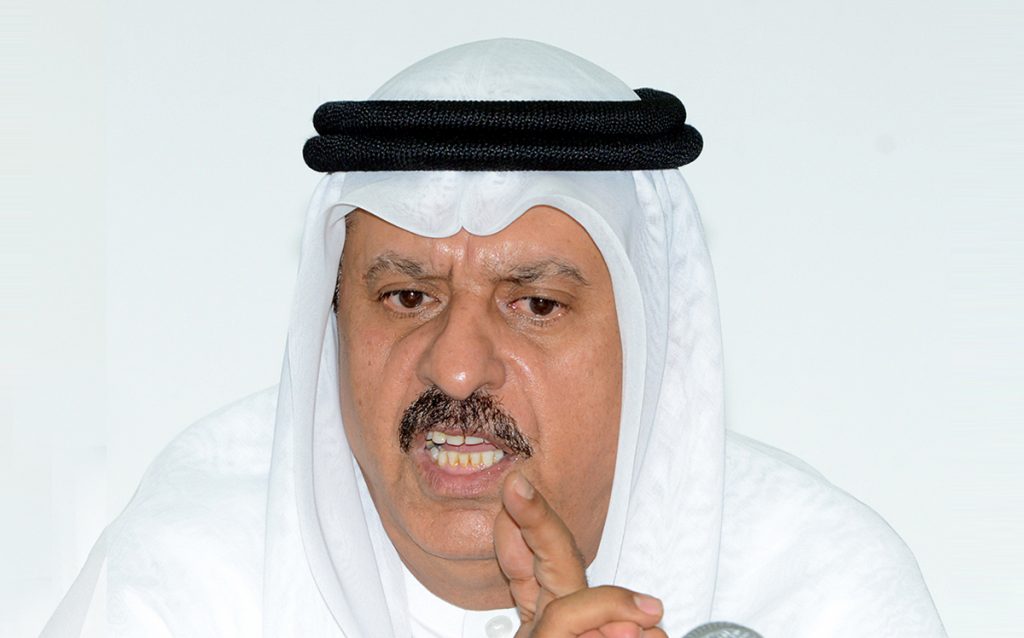 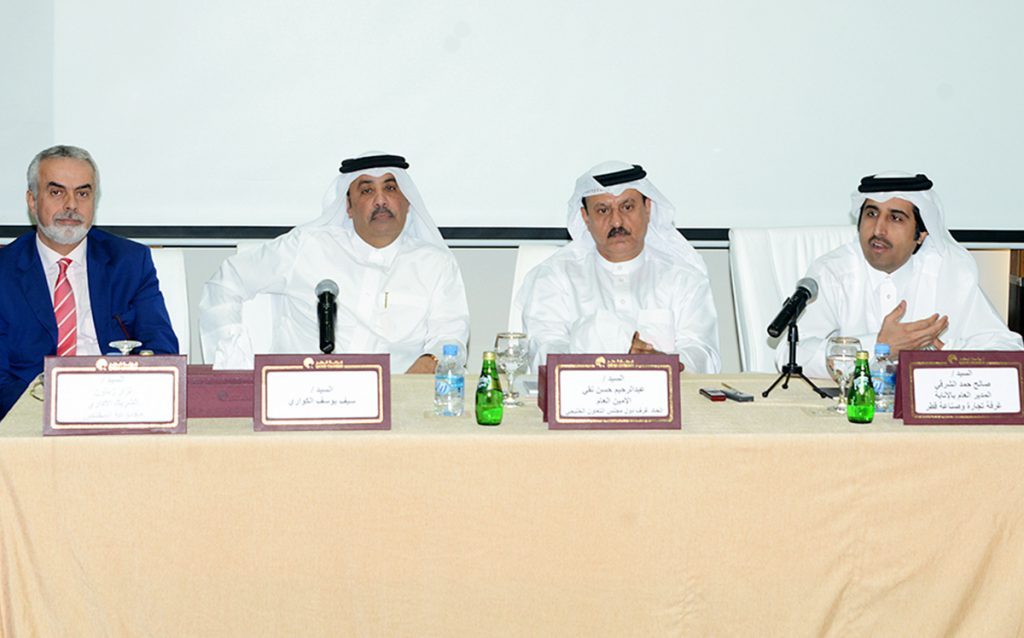 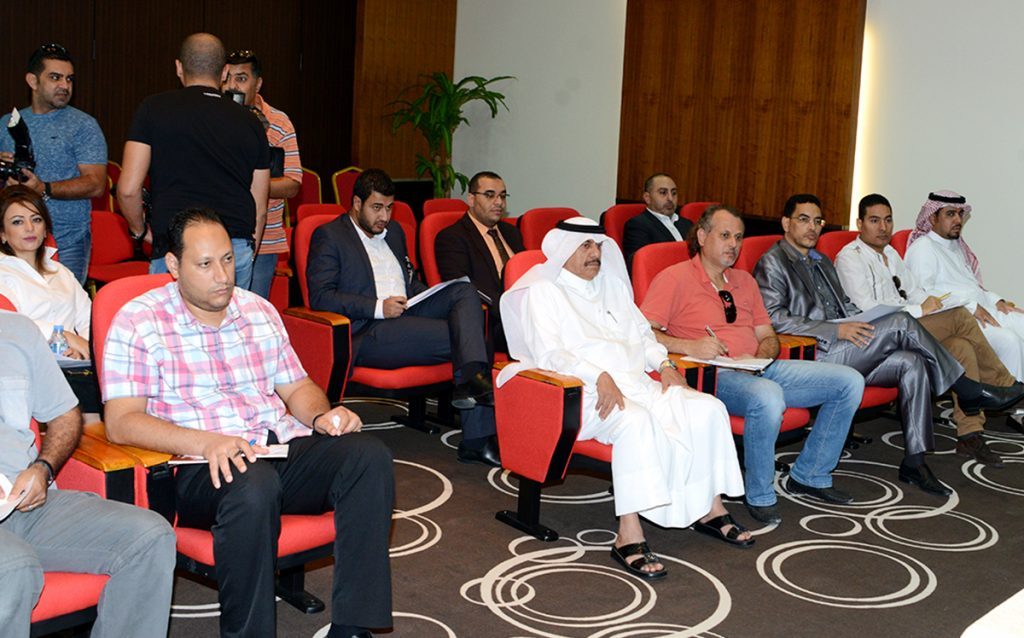 Saleh Hamad Al Sharqi , Qatar Chamber Acting General Manager , said in a press conference held at the Chamber venue  for the announcement of the Forum’s preparations , that the Emir’s patronage to the event significantly assures his conviction of the private sector in the economic sustainable development and the challenges facing its growth.

GCC Chambers Federation , in association with Qatar Chamber and Exicon International Group, will organize Gulf Economic Forum on October 25-26 in Sheraton , Doha.
Officials representing GCC ministries of commerce, industry, finance, planning and economy will participate, along with chairmen and board members of chambers of commerce, concerned organizations, institutions and offices as well as researchers in the economic, social and political fields.
To be held under the theme ‘Enhancing Contribution of the Gulf Private Sector in Economic Development’, the forum aims to serve as a platform for the private sector to deliver its vision on regional economic development and removing obstacles hindering commercial exchange between GCC states. It will review regional and international challenges facing GCC states in light of the economic crisis, regional developments and the decline in oil prices.
The two-day Forum will discuss four main themes — the march of joint GCC economic action, the role of private sector in sustainable development, economic and information structural reforms in the GCC states and the future aspects of customs unification and GCC joint market.

It aims to review regional and international developments and challenges facing GCC states and emphasising the need for more work and effort to enhance economic integration for realising security and stability of countries in the region by increasing their economic strength.

The Forum will also discuss the future prospects of the Gulf economy in light of the economic crisis, regional developments and the decline in oil prices.

The event aims to enable the private sector in GCC to increase its contribution to development projects and gross domestic product besides supporting entrepreneurs in building GCC economies.

Al Sharqi pointed out that the Forum’s organizers are interested to highlight during the Forum the gulf economic integration benefits that will positively reflect in the nationals’ welfare and  wealth.

The GEF four major themes will be discussed in four sessions headed by distinguished economic dignitaries  and  the final recommendations will be submitted to the GCC Summit.

Asked about indications of Qatar’s hosting of this forum ,  Al Sharqi replied that it confirms the State keenness to issue decisions that better serve the gulf private sector and businessmen.

For his part , Abdul Rahim Naqi  said that the GEF constitutes an opportunity for translating the GCC leaderships’ resolutions regarding maximizing the contributions of the Gulf private sector in economic hub and enhancing the public , private partnership.

The FGCCC aims to achieve the Gulf economic integration among GCC countries and overcome all obstacles hindering the trade exchange . Besides , it helps promote Gulf exports and held partnerships among Gulf , Arab , Islamic and international institutions and organizations , he pointed.

The Federation is also keen to support the youth , entrepreneurs and businesswomen programs , he added.

Challenges facing the Gulf private sector are the top of our priorities in this forum, Naqi assured .

About 380 companies confirmed their participation till now and we are targeting 600 in the few left days by the Forum , said Nizzar Zayton .