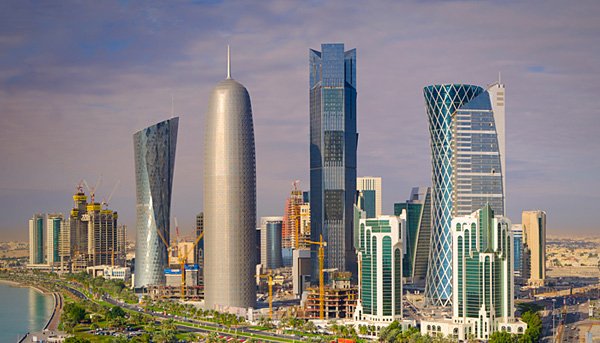 Guided by the Qatar National Vision 2030, Qatar has produced one of the world’s most stellar economic performances over the last decade. By careful and measured development of its extensive oil and gas resources–coupled with substantial investment in transport infrastructure, education, science, technology, health and tourism – Qatar has created a dynamic base to support continued exceptional economic performance. The country’s low tax rate, codified rule of law, and welcoming policies for foreign investment have led to significant partnerships with a number of the world’s leading global enterprises. Qatar has some of the world’s largest reserves of natural gas and oil. It is the world’s largest producer of LNG (liquefied natural gas) and will soon be the world’s largest producer of petroleum products. Qatar is pioneering the development of GTL (gas-to-liquids) bio fuels with Royal Dutch Shell to help reduce the carbon footprint of the world’s airlines and has introduced LPG (liquefied petroleum gas) fuelled taxis and buses .Qatar’s real GDP grew 9.5% in 2009, a difficult economic year for much of the world. Real GDP growth in 2010 is projected to a sustainable 5.2% in 2014, as the country’s near doubling of LNG production is completed. Gross Domestic Product (at market exchange rates) will more than double from $82.4 billion to a projected $171.4 billion in the five-year period from 2009 through 2014. GDP per capita will rise from $50,487 in 2009, the second highest in the world, to $79,637 in 2014. The government’s financial condition will continue to be exceptionally strong. The budget surplus will rise from 8.6% of GDP in 2009 to 15.6% in 2014. The current account balance will rise from an artificially low 1.0% of GDP in 2009 (due to the recessionary drop in oil and gas prices) to 18.8% in 2010 and to 30.1% in 2014.