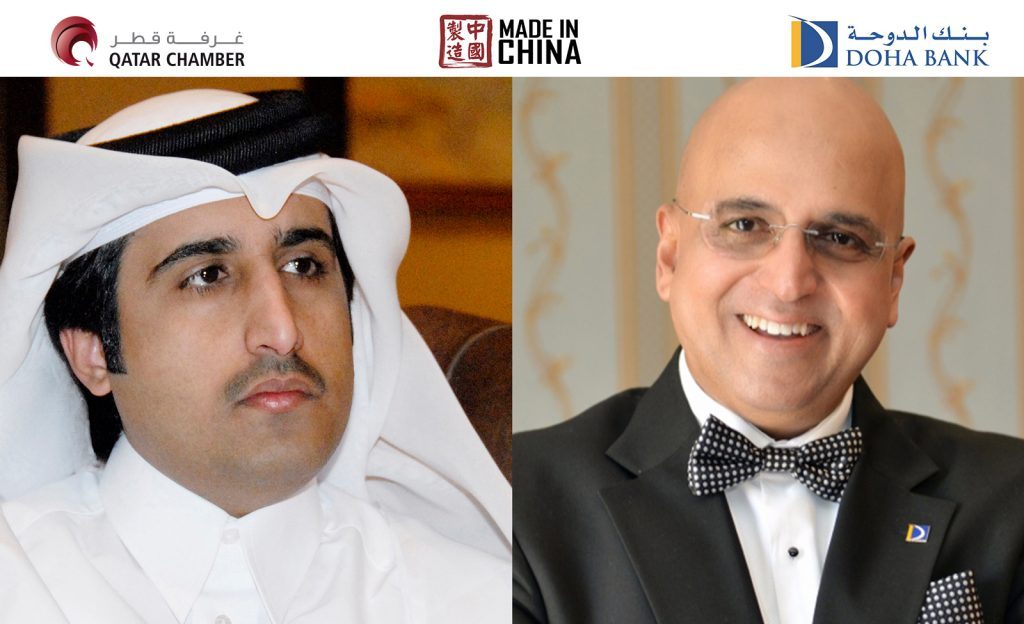 Doha Bank silver sponsor to Made in China 14th Dec

Qatar Chamber has announced that Doha Bank will support Made in China Expo 2015 as a silver sponsor.

The exhibition , held for the first time in Qatar, will be hosted by Qatar Chamber under the patronage of HE Sheikh Abdulla bin Nasser Al Thani , Prime Minister and Minister Of Interior from 14 to 16 December 2015 at Doha Exhibition Center.

For his part , Al Sharqi said , in a statement released yesterday by Qatar Chamber ,that the cooperation with Doha Bank confirms its keenness to support events organized in the State for the benefit of the Qatari private sector.

He noted that the main theme of this expo  is not to sell Chinese products but to facilitate trade exchange between Qatar and Chinese companies and exhibitors.

It will shed light on the most prominent leading Chinese companies in infrastructure, technology and construction areas, he added .

He assured Qatar’s Chamber’s keenness on organizing a distinguished exhibition , hoping it would made a drastic contribution to achieving further development and progress to our national economy, saying : “ Qatar places a great importance to the expo sectors as they are involved in mega projects which are being implemented for developing the infrastructure and for 2022 World Cup”.

Dr R. Seetharaman commented on the sponsorship saying:”  Doha Bank is strongly present in China and we have a representative bureau there”. We are honored to support the current trade transactions between Qatar and China and to develop our banking requirements for Chinese, Qatari operating companies .

Over 100 reputable Chinese companies will display their products on an area of 5000 sqm so , it is an opportunity for supporting the non-hydrocarbon industries in Qatar, he said.

Doha Bank is the third largest local conventional bank in Qatar in terms of assets and it has been consistently registering a strong growth rate during the last decade, thanks to its participative leadership philosophy.

Doha Bank has received numerous regional and international honors covering various facets of its business; from banking and innovation to quality, commitment and corporate social responsibility.  Doha Bank was also adjudged as the ‘Best Regional Commercial Bank’ by The Banker Middle East Industry Awards , ‘Best Commercial Bank in Qatar 2014’ at the International Finance Magazine Awards and also the “The bank of the year – Qatar, 2013” by The Banker, to name a few.