“Barriers, Innovation and Scale Up” workshop

Oops! We could not locate your form. 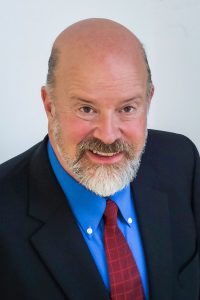 Best known for founding Travelocity.com and serving as founding Chairman of Kayak.com, Terry Jones has become a powerful voice in the world of entrepreneurship through his numerous speaking engagements and the publication of his book, ON Innovation. His career path has established him as a thought leader on innovation in our increasingly digital world.

Jones, who began his career as a travel agent, spent 24 years at American Airlines, in marketing and information technology, capping his career as Chief Information Officer of its SABRE division. While at SABRE he led a team of six working on a project that became Travelocity.com. Jones served as CEO of Travelocity for seven years transforming it to a public company with three billion dollars in travel sales..He left Travelocity when the company was taken private and became part of the founding team at Kayak.com, a company that yet again revolutionized how travel was purchased. He served as Chairman of the company from its founding until it was sold to Priceline for $1.8 billion dollars in 2013.

Today he is the Chairman of Wayblazer and managing principal of ON Inc, a consultancy he founded to help companies in their transition to the digital economy.

He is a venture capitalist with General Catalyst Partners and Sierra Angels.

The holder of several patents. Jones is a graduate of Denison University and has an honors doctor of letters from Sierra Nevada College.