HE Chairman of Qatar Chamber (QC) Sheikh Khalifa bin Jassim Al-Thani has said that the unjust siege imposed on Qatar three years ago did not manage to slow down the rapid growth of the Qatari economy, noting that Qatar has managed to transfer its negative impacts into benefits.

In a statement on the third anniversary of the siege, Sheikh Khalifa said that the siege has contributed to accelerating economic development and boosting foreign trade, especially with the opening of the Hamad Port and the inauguration of direct sea shipping routes with a number of brotherly and friendly countries.

Sheikh Khalifa also noted that the Qatari economy has proved that it is a robust and resilient economy against crises, affirming that it continued to maintain an accelerated pace of growth, according to the estimates of the World Bank Fund.

HE said that the State of Qatar has managed during the siege to achieve self-sufficiency in many goods and products by developing food security, agriculture, and industry sectors.

Underlying the role of the Qatari private sector, he pointed out that it has defeated the siege since its onset and managed to prove itself as a real partner to the public sector in the march of economic development.

The private sector succeeded in avoiding the disruption of goods that were imported from siege countries to the Qatari market by land by securing the necessary needs of the local market and developing industry sector that has witnessed a steady growth in the number of factories and increase in the productive capacity of existing factories.

Regarding the industrial sector, HE noted that the siege has helped in accelerating the state’s approach toward encouraging local industry and facilitating procedures for new industries.

Sheikh Khalifa also noted that the siege period saw a surge in exports of the private sector and the reach of local products to many foreign markets.

He revealed that about 47 new companies have been established in Qatar during the years of siege, assuring that the siege period witnessed establishing more foreign investments, especially in the light of legislations and incentives offered by the state.

QC Chairman said several factors helped the country defeat the siege and transform it into economic benefits, including the economic and legislative environment, sound strategic plans as well as co-operation among all bodies, and trade relations with friendly countries.

He stressed that the blockade provided Qatari businessmen a strong impetus to expand their commercial activities, invest in new industries.

Highlighting the Chamber’s role during the siege, he said it had sought – since the beginning of the blockade – to remove all obstacles faced by the private sector.

Sheikh Khalifa said QC urged merchants and businessmen, from the first day of the blockade, to urgently find alternative means to import goods. The chamber also coordinated with various government agencies concerned to form specialised committees with concerned governmental bodies to streamline procedures for the private sector in importing goods, as well as provide support for the national productions.

During the siege, QC has hosted more than 250 foreign trade delegations with Qatari businessmen to discuss mutual investment opportunities and the possibility of establishing commercial partnerships and alliances in light of the incentives, facilities and benefits for investment proposed by Qatar and the governments of those countries.

According to the role of QC’s sectorial committees, he said they played a key role during the siege through holding seminars with businessmen to learn about obstacles facing them and ways of finding appropriate solutions, as well as conducting questionnaires that determine damages incurred by some companies. 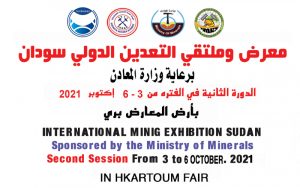 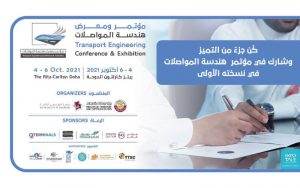 Engineering used in transportation is one of the main branches of engineering. It integrates with other sectors and gains special importance due to its overlap with different specialization and the broad sectors that serve it.[...]
Oct
5
Tue
2021
10:00 am Expo-Negocios-LATINOMERICA-2021
Expo-Negocios-LATINOMERICA-2021
Oct 5 @ 10:00 am – Oct 14 @ 6:00 pm 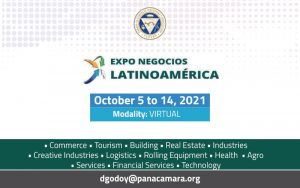