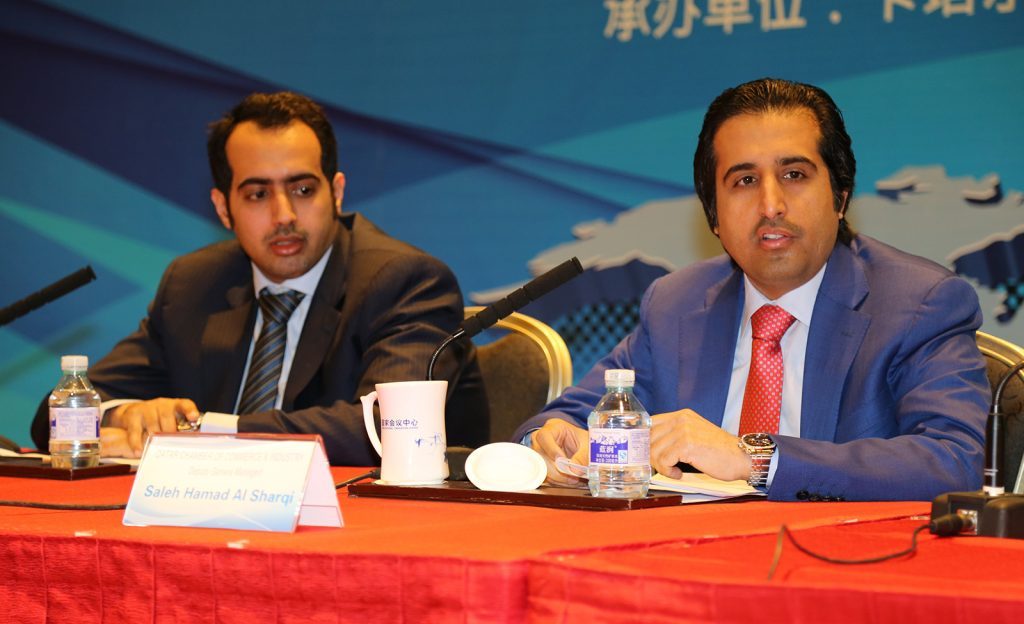 Some 100 major Chinese companies will participate in the ‘Made in China Exhibition’ which will be hosted by Qatar Chamber from 14 to 16 December 2015 at Doha Exhibition Center, said Acting General Manager of Qatar Chamber Saleh Hamad Al Sharqi.

Al Sharqi said in a statement released yesterday by Qatar Chamber  that preparations of Made in China Expo are in full swing. Over 100 reputable Chinese companies representing fields of infrastructure, technology and construction have confirmed their participation in the three-day event to introduce their products to the Qatari market.

He pointed out that the ‘Made in China Exhibition’ which  will be held in a 15,000sq m area demonstrates China’s interest in Qatar as well as the need to promote Chinese products since it is a leading commercial and investment hub.

Qatar has become the focus of attention of many investors and there is a growing interest in organizing various exhibitions in all sectors in Qatar, the Acting General Manager of Qatar Chamber added.

“We are honored to host ‘Made in China Exhibition” which will shed light on the most prominent leading Chinese companies in infrastructure, technology and construction areas,” Al Sahrqi said.

He expressed appreciation to the Organizing Company , Chinese Embassy to Qatar, Sany Heavy Machineries Co. for their support.

He assured Qatar’s Chamber’s keenness on organizing a distinguished exhibition , hoping it would made a drastic contribution to achieving further development and progress to our national economy.

“China is a vital global economic power , its economy is a major hub in the world economies and the exhibition constitutes a good opportunity for establishing transactions and partnerships between Qatari and Chinese sides,” al Sharqi added.

The objective of the exhibition is not to sell Chinese products but to facilitate trade exchange between Qatar and Chinese companies and exhibitors, he said.